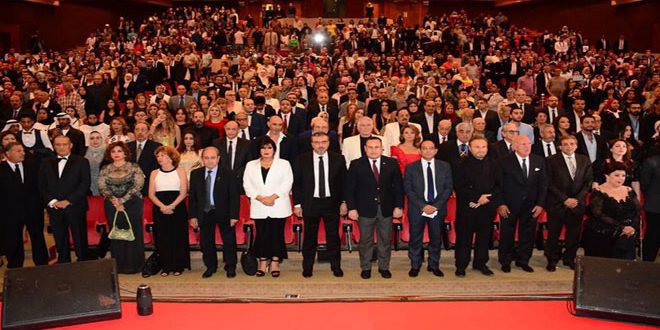 Actor Abbas al-Nouri was honored on the first day of the festival.

The 34th edition of Alexandria Film Festival will run from 3 to 9 October with the participation of more than 250 films.
Syria’s participation in the Festival includes two feature films which are “Damascus…Aleppo” and “Amina”, one short film “Nakhab Thani” and “al-Raies” film which is a mix between the feature and documentary.

A number of Syrian artists and filmmakers are participating in the events of the festival at the invitation of the Festival administration and the Egyptian Ministry of Culture.

“Damascus…Aleppo” is directed by Bassel al-Khatib, written by Talid al-Khatib and produced by the National Film Organization.